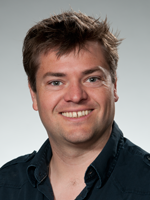 The effect of juvenile idipathic arthritis (JIA) on craniofacial growth and development and dento-alveolar development was studied in this thesis. When the temporomandibular joints (TMJs) were affected with JIA, craniofacial growth disturbances and changes in dental occlusion were frequently found. Sixty JIA patients were followed from childhood into adulthood.