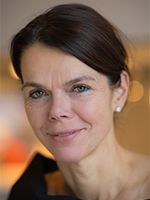 Breaking News:  Why is physical exercise good for the brain?

In numerous investigations, physical exercise is the most effective measure against dementia, and is beneficial against normal aging and several brain diseases; how does information from muscles reach the brain? We just found out:

Active muscles deliver large quantities of lactate to the blood and thereby to the brain, where it hits a receptor protein, the lactate receptor HCAR1. The activated HCAR1 causes production of growth factors, such as VEGF, which stimulates nerve cells and causes formation of new capillaries – the thinnest blood vessels, where the vital substance exchange takes place. Seven weeks of high intensity interval training five days a week, or injections of lactate to reach similar blood lactate levels, caused increase of VEGF and capillaries in hippocampus in wild-type mice, but not in knockout mice lacking HCAR1.

This is the first time that a substance from exercising muscle has been shown to change the brain through an identified receptor. As impaired blood supply and nerve cell death are key problems in aging and neurodegenerative diseases, including Alzheimer’s disease, the findings open a new approach to treatment.

2013-           Leader of the Brain and Muscle Energy Group at the IOB, Department of Oral Biology, University of Oslo, Norway

2011-           Professor of Neurobiology of Aging at the Center of Healthy Aging (CEHA), Medical Faculty, University of Copenhagen, Denmark

2009-2012   Leader of the SN-Lab, Department of Anatomy, IMB and Centre for Molecular Biology and Neuroscience (CMBN), UiO.

2004-2013   Leader of the Brain and Muscle Energy Group at the SN-Lab, Department of Anatomy, IMB and CMBN, UiO (moved the group to IOB 2013) in the field of synaptic transmission and energy metabolism in brain and skeletal muscle

2002&2004 Post-Doctoral personal grant from the Research Council of Norway (RCN), Department of Anatomy and CMBN, UiO

2013  The Norwegian Academy of Science and Letters, elected member

2004-2017: main supervisor of 12 undergraduate students, 1 forskerlinje, 10 PhD students and 9 postdocs. I have provided external grant money to all my PhD students and postdocs (except from Rinholm).

I have one year of formal pedagogic education and have since 1994 taught at all levels of Academia (medicine, dentistry, science) with lectures in cell biology, physiology, anatomy and neuroscience. Histology course, work physiology course. I am also a founding faculty member of the Norwegian Research School in Neuroscience.

2010 Career for female scientists - how to get to the top? Lysebu, Oslo

2013 Compete & Collaborate - How to prepare for the future science 'labour-market', DNVA, Oslo

2018 Leader of the organizing committee for Virginia-Nordic Precision Neuroscience meeting: From discovery to translation and innovation, Oslo

2007-2017   Member of 10 PhD committees, UiO and Norwegian University of Science and Technology

Member evaluation committees for positions at the Faculty of Medicine, Univ Copenhagen

(supervised PhDs and Postdocs in bold).

My h-index is 32 from Google Scholar.

From 2004-2013 I was the leader of the Brain and Muscle Energy Group at the SN-Lab, IMB, UiO, where I organized meeting every Friday and team building events twice a year for all the members of SN-Lab. From 2013 I moved the group to the IOB, continuing weekly lab meetings and arranging Lactate Discovery Day twice a year. From 2015 I hold the position as Head of the Electron Microscopic Laboratory at the IOB where I lead a staff of 4 engineers and at present I am main supervisor of 3 PhD students and 1 postdoc. From 2011-2018 I am Leader of the Bergersen group at the Center of Healthy Aging (CEHA) (http://healthyaging.ku.dk), where I supervise 2 PhD students, one recently submitted her thesis. The Site Visit Committee for CEHA (report 12th February 2017) advised that a continued collaboration between CEHA and the Bergersen group (in Oslo) will strengthen the work on the biological basis of brain health considerably. From January 2017 I have been appointed Dean of Research at the Faculty of Dentistry, UiO (25% position). To further facilitate international cooperation in the Nordic countries, I have taken the initiative (Project Leader) to apply to the NordForsk call ‘New instrument for Nordic University Cooperation - Nordic University Hubs’ (duration 2018-2023): #86656 Nordic Hub of Brain and Cognitive Aging (NHBCA) comprising partners from Oslo/Trondheim, Göteborg, and Copenhagen, with the intention of including Finland and Iceland during the course of the project.

You are now looking at a test version of the publications list where we fetch our data from Cristin in a different way (new API).
We would appreciate your feedback on any flaws or defects that you may experience with the list. Read more about changes in the beta version of publications lists.

Did you experience a defect?

Did you experience a defect?

Give us your feedback
Back to regular publications list