The current study aimed to examine the presence of Helicobacter pylori bacteria in OSCC from two countries (Norway and Nepal) with differing lifestyle, socioeconomic status and habitual risk factors for OSCC. 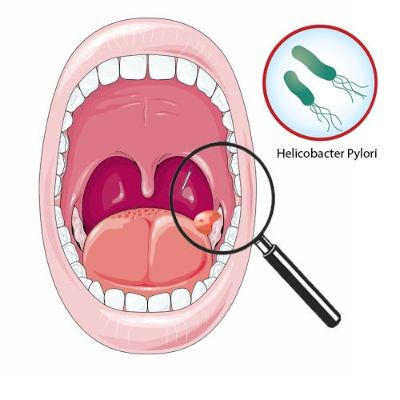 Helicobacter pylori (HP) is a gram negative, spiral-shaped bacteria, which is estimated to infect the stomach of almost half of the world’s population. It is presently considered as the most common cause of infection-related cancers particularly in the stomach region. HP has been shown to be present in dental plaque and saliva and is linked with inflammatory conditions such as periodontitis, stomatitis, etc. However, the role of HP in OSCC is unclear. Few studies have examined the presence of HP in OSCC, with conflicting results.

Therefore, this study aimed to examine the presence of HP in OSCC biopsies collected from two different populations (Norwegian and Nepalese (n=242)) with differing race, lifestyle and habitual risk factors. Using two different detection methods (PCR and immunohistochemistry), none of the OSCC cases were found to be positive with HP. Hence, we have concluded that unlike in stomach cancer, HP might not have any role in OSCC pathogenesis.

This study is a collaborative effort between the Faculty of Dentistry (University of Oslo), University of Bergen (UiB), and B.P. Koirala Memorial Cancer Hospital (BPKMCH), Nepal.