A hybrid version of IADR will take place in Belgium in September. Fernanda Petersen and her research group are organizing a symposium called “Let´s talk about microbiomes” during this oral health research congress. 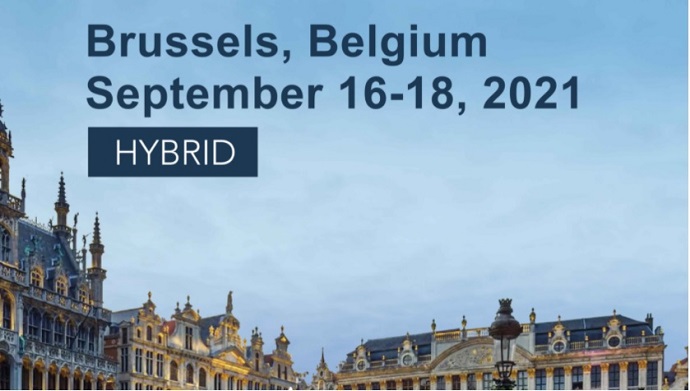 – We are very happy that we can host this symposium at the IADR says Fernanda Petersen, head of the Resispart Project. And we are especially thrilled that we can do the event together with Donald Morrison, also a key note speaker at the the congress, and have Michael Federle as the Session host.

Don Morrison is Professor and a University Scholar in the Department of Biological Sciences at  the University of Illinois at Chicago, USA. His research laboratory has contributed for five decades to the unravelling of the coordination of competence for natural genetic transformation in Streptococcus pneumoniae. Both Don Morrison and Michael Federle are main collaborators in the RESISPART project.

The symposium “Let’s talk about microbiology “ will be held on the 17th of September at 1600 CET.

The Oral Microbiome: a Work in Progress by Don Morriosn Dept Biological Sciences, University of Illinois at Chicago

The oral microbiome is a plastic assembly of numerous microbial species and subspecies. It evolves and adapts not only by changes in its species composition, but also by exchanges of genes between members of a single species, or, indeed, more rarely, by exchanges of genes from one species to another. One mechanism for such 8ransfers is shared by the entire genus Streptococcus: natural genetic transformation. Transformation in an occasional member of the human oral microbiome,  Streptococcus pneumoniae (pneumococcus), provided the earliest evidence that genes consist of DNA. It has since become a powerful tool for direct manipulation of the pneumococcal genome, accelerating study of this widespread and devastating human pathogen.  Recent advances in the study of natural genetic transformation in this species reveal that the uptake of naked DNA frequently studied in the laboratory represents but one step in a highly orchestrated mechanism by means of which one cell lyses another, obtaining access to DNA sequences of diverse ancestry. Operation of this mechanism during mixed infections by disparate pneumococcal strains in the natural human host, for example, gives each strain ready access to the species’ large pan-genome. Broad conservation of the genetic transformation mechanism across more than five dozen species of streptococci suggests that genome-wide plasticity has been important for long-term survival in many different oral microbial niches.

For almost every drug, there is a trade-off between benefits and risks. For antibiotics, prescription to humans has been largely based on a «better safe than sorry» or «just in case» approach, with little attention paid to risks. In the awake of the antibiotic crisis and the increased focus on a balanced microbiome for health, our attention is now turning to risks, including the unwanted collateral effects on the microbiome. Although antibiotics are used to target specific bacteria in the site of infection, off-target effects are virtually unavoidable. What happens when you take antibiotics is that your microbiome is hit by different antibiotic concentrations. Although these are usually lower than in the targeted infection sites, these concentrations can affect the microbiome, and select for and promote the development of antibiotic resistance. Recent studies driven by advancements in metagenomics are already revealing the impact of antibiotics in enriching for antibiotic resistance among commensals and major pathogens found at off-target sites. As the field moves forward, we expect novel approaches to reduce collateral effects, and an increase in studies providing high quality evidence on the off-target impact of antibiotics.