Using cells from the mouth to cure blindness

Some tissue from the mouth, a laboratory, a touch of medical gardening - and the blind suffering from stem cell deficiency in the cornea may be able to see again. 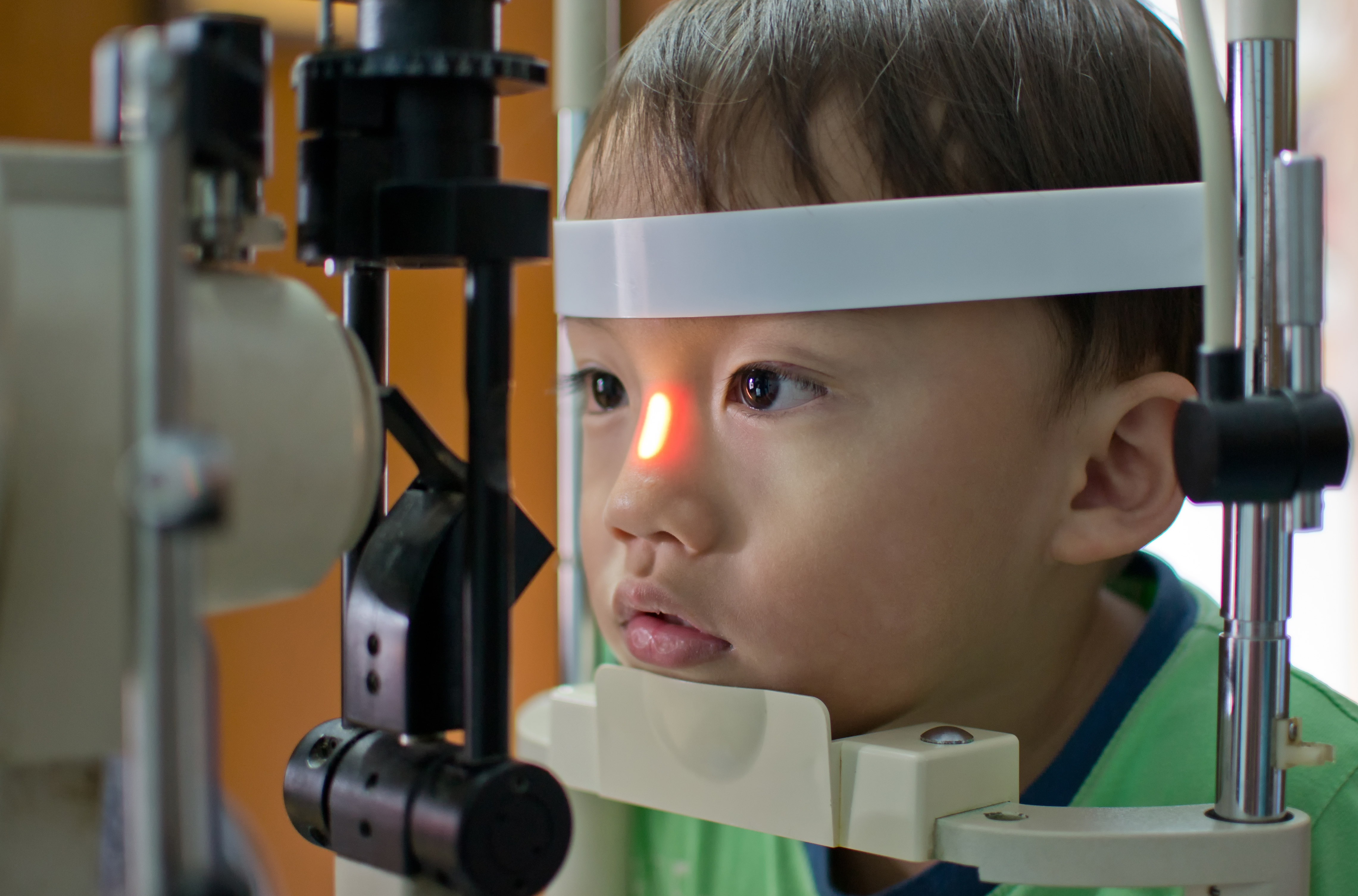 – Not only may the treatment restore their vision, it can remove pain from the cornea.

Ophthalmologist Tor Paaske Utheim explains, while pointing to a video. Somewhat surprisingly, it does not show cells and laboratory instruments, but rather a world map, a small cardboard box, and a plane carrying the box from one country to another. The goals of this research project extend beyond traditional medicine.

Utheim has conducted research for over ten years on how to cure certain types of blindness, using stem cells harvested from tissue obtained from different parts of the body. The cultured tissue is transplanted into the damaged eye, and a blind person with stem cell deficiency of the cornea can regain their sight. In recent years, his research has focused on utilizing stem cells from the mouth to grow new tissue, and on optimizing the storage and transport potential of this treatment.

The fact that cells extracted from the mucous membrane lining the inside of the mouth (the oral mucosa) can restore vision is new to most people. Just ten years ago this was considered impossible, but results confirm the potential of this method:

– But it is important to emphasize that right now this only applies to a group of diseases caused by stem cell deficiency in the cornea.

Utheim is the head of a research group at the Faculty of Dentistry at the University of Oslo (UiO) and the Department of Medical Biochemistry at Oslo University Hospital. He is currently supervising 18 PhD candidates and medical research students.

The results of Utheim and his colleagues may provide hope to patients with eye injuries caused by so-called limbal stem cell deficiency. This disorder can be caused by factors such as UV radiation, chemical burns, serious infections like trachoma, and various other diseases, some of which are heritable.1 The number of people worldwide affected by limbal stem cell deficiency is unknown, in India alone there is an estimated 1.5 million. However, what is clear is that the disorder most often affects people living in developing countries.

– In limbal stem cell deficiency, the stem cells have been damaged, which means that they cannot renew the cornea's outermost layer. Instead, other cells grow over the cornea, ‘the eye’s window’, which may result in the cornea becoming fully or partially covered, explains Utheim. – This leads to impaired vision or blindness.

Others suffer from severe pain as well. When one patient was interviewed by Norwegian national broadcaster NRK about his limbal stem cell deficiency, he responded:

– I don’t know what's worse: the pain, or losing my sight.

When stem cells do not work properly, ulcers can develop in the cornea, exposing the nerve fibres.

– Since the number of nerve fibres is far higher in the cornea than for example in the skin, it is not surprising that some patients experience severe pain, adds Utheim.

Neither miracle nor magic

It was a breakthrough within the field when about ten years ago Japanese researchers showed that cells from the oral mucosa could be used to replace cells from the eye in the treatment of limbal stem cell deficiency. Although it had been possible since the late 1990s to cure the disorder using cultured stem cells, it relied on the patient having a healthy eye from which to collect cells.

Subsequent developments made it possible to harvest cells from a relative or deceased individual. But this simultanously involved the use of strong immunosuppressive drugs for the patients, which could cause serious side effects.

The research thus reached a milestone when it became possible to use a patient’s own cells to treat blindness on both eyes - without the need for immunosuppressive drugs afterwards. The reason the research moved in this direction is probably because there are similarities between the oral mucosa and the surface of the eye.

Until now, this treatment has been dependent on physical proximity to the laboratories and clinics where the cells are cultured. There have been no descriptions of how to store cells extracted from the oral mucosa so that they can be easily kept and transported. This has made the treatment virtually inaccessible to many of the patients who need it the most, namely those in developing countries. However, this may be about to change.

Utheim’s research group is now on the brink of a development that will make it possible to cure both severe pain and blindness in patients spread over a much larger geographical area than before.

– Today, cells from the mouth are cultured for use in the treatment of blindness in only a few specialized centers in the world. By identifying the optimal conditions for storing and transporting the cultured tissue, we would allow for the treatment to be made available worldwide, and not just close to the cell culture centers, says Rakibul Islam.

He is a PhD candidate in the Department of Oral Biology at the Faculty of Dentistry, with Utheim as his main supervisor.

In his PhD project, which is a collaboration with Harvard Medical School, Islam has made discoveries that open up this method of treating blindness to clinics around the world. His findings could also help improve treatment outcomes.

– Being able to store the cultured tissue in a small sealed container for a week increases the technique’s flexibility significantly. It makes it easier to plan the operation and allows for quality assurance through microbiological testing of the tissue before transplantation, he explains.

The PhD candidate has published some of his findings, including a report on the specific temperatures at which cells from the mouth should ideally be stored at after culture. One might think that 37 degrees would be optimal for preserving cell viability, but Islam’s experiments showed that cultured stem cells retain their quintessential properties best between 12 and 16 degrees Celsius.4

Differing cell qualities in the mouth

During a research stay at Harvard, Islam also examined which areas of the mouth are best suited to use in regenerative medicine; the research on replacing ‒ regenerating ‒ tissues or organs, often by growing stem cells. He explains this with an example:

– If you burn any part of your mouth on hot coffee, it heals so quickly that by the next morning you have forgotten about it. This is because the oral mucosa contains cells that multiply quickly. We wanted to investigate whether there were regional differences in the mouth that we could exploit for the treatment of limbal stem cell deficiency, he says.

– Our results show that the location from which the mucosal tissue is harvested has a striking impact on the quality of the cultured tissue, continues the PhD candidate.

The results from this study have not yet been published.

Utheim and Islam’s research gives hope to the many blind that live far away from centralized cell culture laboratories. In Utheim’s doctoral thesis from 2010, which he carried out in collaboration with the ophthalmologist Sten Ræder, he developed storage technology for cultured stem cells that enables the cultured tissue to be transported in a small custom-made plastic container. Tissue from stem cells is thus liberated from expensive and bulky laboratory equipment, providing a whole new level of flexibility.

– The sample of cells from the mouth can be sent by air over long distances to specialist laboratories with first-class equipment and expertise. After a couple of weeks of laboratory cultivation, the sender may receive the tissue back ready for use. An ophthalmologist could then transplant the stem cells onto the patient's eye, explains Utheim. The video with the boxes and plane is starting to make sense.

But the container was just one step in the right direction:

– Now we have identified those areas of the mouth that may be best suited for regenerative medicine, and developed a method for storing and transporting tissue from centralized, highly specialized tissue culture centers to clinics worldwide. Our findings are helping to simplify and streamline the clinical procedures, and to make the treatment far more accessible than it is today, Islam says.

He admits that the transport potential of the project has been integral to his own enthusiasm:

– Although the scientific and technical aspects of our project are very exciting, it has been especially motivating to think of the possibilities this storage technology brings to treating blindness in all parts of the world, including my homeland Bangladesh.

There is a chance that the PhD candidate’s fellow countrymen with limbal stem cell deficiency may soon benefit from the technology he is involved in developing. A central laboratory for the growth of stem cells already exists in Italy, and earlier this year the European Medicines Agency approved the procedure for the cultivation of stem cells from the cornea in EU laboratories. This is the first stem cell therapy to be approved by the European Medicines Agency, according to ‘Nature Biotechnology’.3 In the journal's own coverage. Utheim describes the approval as an important step towards the implementation of stem cell technology over larger geographical areas.

So far, almost 250 people with limbal stem cell deficiency have undergone treatment involving transplantation of stem cells grown from their own mouth cells.

– This provides a good basis for judging the success of the treatment, Utheim says.

He has recently published an article in the journal ‘Stem Cells’ on the inherent potential of cells from the mouth to regenerative medicine.2 Roughly three out of four treatments are described as successful.

Much of the stem cell research within ophthalmology is aimed at simplifying and improving the treatment and making it more accessible:

– Other studies in the group that are growing cells from the oral mucosa on contact lenses are showing good results. This is a new way of growing these cells, which we hope will eventually simplify the surgical procedure, says Utheim.

The progress may ultimately make it possible to transplant cultured stem cells onto a damaged eye in a similar fashion to a conventional contact lens.

Significance for other fields

Utheim’s research group has received numerous research and innovation awards, including the biggest innovation prize in the health sector, Medinnova’s ‘Idea Prize’ worth a quarter of a million Norwegian kroner.

– The group’s findings illustrate very clearly the importance of interdisciplinary efforts in research, in this case between dentists and ophthalmologists, Islam says.

Many of the results of the group have also proved highly useful for research extending beyond the treatment of limbal stem cell deficiency. Islam’s data on the most appropriate temperatures for storing cells from the oral mucosa are also relevant to the storage of cultured skin, which is used for the treatment of injuries such as burns.

– Results obtained with cells from the mouth may apply to many other types of adult stem cells. This could be of great importance in the future for the transport of other types of transplantable cells, tissues, and perhaps even organs. Nevertheless, we must study each of the different types of tissue thoroughly before we can extend our results to other stem cells, Islam adds.