Do girls have stronger teeth than boys?

What if you hardly ever consume soft drinks or eat anything acidic, but still have dental erosion on your teeth? Do genes play a role? And does it matter if you are a boy or a girl? 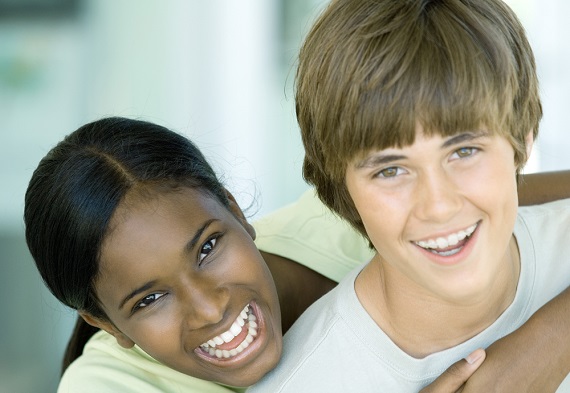 Dentists and scientists often find it difficult to determine why some people’s teeth are affected by dental erosion and others not, despite of similar drinking and eating habits. Many studies show more severe dental erosion in men than in women. Studies have been carried out on dental erosion in wine tasters and people suffering from eating disorders with vomiting. These people frequently expose their teeth to acid, and therefore have a high risk of developing dental erosion. However, research shows that not all of these patients at risk have dental erosion. Researchers at the Faculty of Dentistry, University of Oslo, are now attempting to find an explanation for this.

How do we explain that some individuals may have no signs of dental erosion despite frequently exposing their teeth to acid, while certain individuals who seem to do everything right, still develop dental erosion? PhD candidate Marte-Mari Uhlen has been taking a closer look at this in her doctoral work.

"As dentists and researchers, we are often facing cases of dental erosion that we have difficulties explaining, and we meet patients who don't have dental erosion although their lifestyle indicates that they should. It is also a general assumption that boys tend to have more erosion and more severe erosive lesions than girls. We believe that this disparity is due to something more than just the acidic effect,” explains Uhlen.

Uhlen and her colleagues conducted a clinical study on 66 patients with eating disorders and vomiting. The study consisted of a clinical examination and a questionnaire-based survey in which the patients were interviewed about their illness. The questionnaire included questions about the duration of the eating disorder and frequency of vomiting as well as the participants’ general health, oral hygiene habits and eating and drinking habits.

The researchers also examined the oral environment and the tooth enamel. The oral environment includes the volume of saliva, the contents of the saliva as well as the dental pellicle, which is a protein film that covers the surface of the teeth. All these elements are important factors in protecting the teeth against acid attacks. Dental enamel consists mainly of minerals, and the formation and structure of enamel are controlled by genes.

Simulating vomiting episodes in the laboratory

An enamel sample is made ready Photo Marte-Mari Uhlen

In their next study, the scientists collected teeth from eight people, and placed samples of enamel from these teeth on a plate in the mouth of six other volunteers.

The plates with the enamel samples were subjected to simulated vomiting episodes: The plates were removed from the mouth and washed in hydrochloric acid twice a day for a total of nine days. “We hoped to see how the teeth would respond to being exposed to acid in a different mouth than the one they came from,” explains Uhlen. “In this way, we could examine the protecting effect of both the oral environment and of the enamel itself”

Then, the attention was aimed at genetics. Could a strong or weak enamel be inheritable? The hypothesis was that the genes responsible for enamel formation may give us more information about why a person develops dental erosion or not. Results from previous studies suggest that variations in these enamel formation genes could influence the susceptibility to dental caries and dental erosion.

The researchers then collected a tooth and a saliva sample from 90 people. Samples of enamel from these teeth were then mounted on a plate and exposed to acid. The amount of enamel loss was then measured using an advanced microscope.

The scientists extracted DNA from the saliva samples to investigate whether enamel formation genes might play a role in the susceptibility to dental erosion. Seven genes were selected. "We selected these particular genes because they are important in different phases in the formation of the enamel”, says Uhlen.

Comparing the amount of enamel loss and the variation in the selected genes, the scientists discovered that some gene variations involved in the formation of the enamel seem to influence the susceptibility to dental erosion. The results from the genetic analyses also indicated that enamel from female donors is more protected against dental erosion than enamel from male donors. This supported the results from the eating disorder study, namely that the enamel in girls are genetically more protected against dental erosion than the enamel in boys.

Furthermore, the findings confirm an assumption long held by clinicians and researchers that men are more prone to dental erosion than women.

The results from these studies indicate that what is generally considered a normal intake of acidic food and beverages may cause dental erosion in subjects at risk. It is important that clinicians and researchers recognize this difference in susceptibility and inform their patients.

"Recognition of the fact that some people are more vulnerable or susceptible to dental erosion as well as an awareness of males possibly being particularly susceptible, dental professionals can distribute their resources better and devote more time to the patients who need it the most," concludes Uhlen.