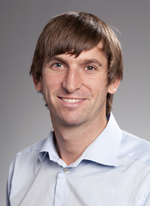 BiomatDB, A HORIZON 2020 funded project  the call "A Digitised, Resource-Efficient And Resilient Industry"

Complete list of projects financed by the Norwegian Research Council

Håvard received a Master in chemical engineering at the Imperial College of Science, Technology and Medicine in London, UK in 2001 and doctoral engineering in biomaterials from the Technische Universität München in 2004. His PhD thesis was "Development of an implant to heal gastro-oesophageal reflux diseases". Previously Håvard has been working with characterisation and manufacturing of porous materials for biomedical purposes at the Central Institute for Medical Engineering in Munich (2001-2004), calcification of heart valves at Helmholtz Institute for Biomedical Engineering in Aachen (1999-2000), Germany and scaffolds production for the Tissue Engineering Center at Imperial College, London (2000-2001). He had a post doctoral position at Department of Biomaterials from 2005-2009 with funding for the Norwegian Research Council and FUNMAT. Since 2013 he has been Associate Professor and Head of Department of Biomaterials, and Professor in Biomaterials since 2014.

View all works in Cristin

View all works in Cristin