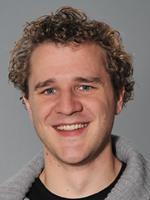 Streptococcus mitis is a gram positive commensal bacterium that has a remarkable ability to colonize the oral cavity and nasopharynx of humans throughout life. A close relative of S. mitis is Streptococcus pneumoniae, with a significantly higher pathogenic potential. The principal aim of this work was to investigate the role of the capsular polysaccharide in S. mitis, and to explore the possibility and consequences of S. mitis capsule switching to a S. pneumoniae serotype 4.

The S. pneumoniae capsule is known as an essential virulence factor. We found that S. mitis has a capsule locus that is responsible for production of a capsule structure microscopically similar to that observed in S. pneumoniae. We observed that the whole S. pneumoniae TIGR4 capsule operon could be transferred to S. mitis, resulting in capsule switching. Having observed that capsule switch could occur across the species border, we investigated whether capsule switch altered the pathogenic potential of S. mitis. We found that the native S. mitis capsule offered protection against phagocytosis, but less than the TIGR4 capsule. .

Taken together, the findings in this work show that the capsule of S. mitis may have important roles in interactions with the host. Production of the S. pneumoniae capsule by S. mitis enhanced, in general, the effects attributed to the native capsule. The most noteworthy difference between the two species was, however, capsule independent: namely the poor ability of S. mitis to grow in blood in contrast to the relatively high growth rates observed for S. pneumoniae. This may explain, at least in part, the remarkable differences in pathogenic potential between the two species.