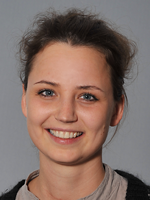 The thesis is based on three papers that investigate the isoform-specific expression of the two forms of thymic stromal lymphopoietin (TSLP) in oral and skin keratinocytes and in salivary glands and in saliva, and examine the function of the shorter TSLP isoform. TSLP is a cytokine known to be involved in both inflammatory responses and in the maintenance of immune homeostasis. The tslp gene gives rise to two transcript variants (a long; lfTSLP, and a short; sfTSLP) where only the lfTSLP has previously been shown at the protein level and functionally examined. The overall aim of this study was to gain knowledge of the expression and function of the short isoform of TSLP.

In the first paper, the isoform-specific expression of the two TSLP variants was investigated at the mRNA and protein level. SfTSLP was shown to be the commonly occurring form expressed both at the mRNA and protein level in oral and skin keratinocytes. Protein expression of sfTSLP has not previously been reported. We also found that, in contrast to lfTSLP, sfTSLP was not upregulated in response to inflammatory factors. Known functions of lfTSLP include effects on dendritic cells (DCs) and T cell responses and antimicrobial activity. We tested the effect of sfTSLP on a panel of microbes and found that sfTSLP exerted strong antimicrobial activity and was more potent compared with lfTSLP and the well known antimicrobial peptide LL-37. In contrast to lfTSLP, sfTSLP did not induce STAT5 phosphorylation in DCs indicating that sfTSLP does not signal to the TSLP receptor. SfTSLP was also detected in salivary glands and in saliva where it may contribute to the innate defense against microorganisms in the oral cavity. This study also emphasizes that it is mandatory to analyze the two TSLP isoforms separately.

The aim of the second paper was to further investigate the regulation of the TSLP transcript variants in oral keratinocytes and investigate the effect of sfTSLP on DC cytokine production and transcription and T cell polarization and proliferation. SfTSLP was not regulated in response to multiple potent cytokines and cytokine combinations and Toll-like receptor ligands or by inhibition of the epidermal growth factor receptor. No genes were regulated when comparing the global gene expression in untreated and sfTSLP-treated DCs, nor did sfTSLP induce or affect cytokine production from DCs. When sfTSLP was added to allogeneic T cells, no effect on T cell cytokine production or proliferation was detected. The results of this study indicate that sfTSLP is stably expressed, independently of the activation of keratinocytes, and that it does not have similar immune regulating activities as lfTSLP.

In the third paper, the atopic manifestations of the skin disorder ichtyosis prematurity syndrome (IPS) in both adult and fetal patients were examined. IPS is characterized by dry skin, atopic dermatitis-like skin inflammation, multiple IgE-mediated atopic manifestations, and blood eosinophilia, and caused by a mutation in the gene encoding the fatty acid transport protein 4 (FATP4). Skin tissue was evaluated for histological characteristics, cellular infiltrates and cytokine expression, including lfTSLP. IPS patients showed increased stratum corneum thickness and cellular infiltrates in the dermis as compared to healthy controls. Increased IgE, IL-5 and eosinophils in blood was indicative for a Th2-skewed phenotype in these patients was. The skin of IPS patients had an inflammatory status because it showed increased expression of calprotectin and interferon-inducible antiviral protein MxA. In contrast to what was seen in healthy persons, adult and fetal skin of IPS patients expressed lfTSLP, while sfTSLP was expressed at the same level in patients and controls. The results of this study suggest that the proallergic environment generated in utero may predispose for Th2-mediated allergic responses after birth in which TSLP may play a role.