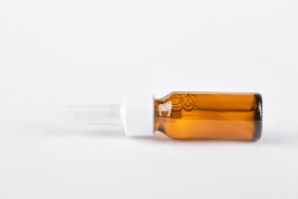 Streptococcus pneumoniae, a gram-positive bacterium that resides in the human upper respiratory tract, causes severe diseases worldwide, such as pneumonia, sepsis, and otitis media. Despite the fact that S. pneumoniae has more than 90 serotypes, current pneumococcal vaccines are effective only against limited number of pneumococcal serotypes. Therefore, new prophylactic strategies are warranted to prevent infection with this pathogen. A group of scientists, with diverse research background, based at the Institute of Oral Biology, University of Oslo, previously demonstrated that intranasal immunization of mice with the oral commensal Streptococcus mitis induces strong IgG antibody responses that are reactive to S. pneumoniae. In the present study, the group has further explored the IgG antibody responses at the level of major IgG isotypes (IgG2a and IgG1). The experimental findings show that mouse IgG2a and IgG1 antibodies specific for S. mitis cross-react with pneumococcal serotypes 2 and 4, although the cross-reactivity conferred by IgG2a is stronger than that by IgG1 antibodies. This provides crucial information on differential abilities of S. mitis-specific IgG1 and IgG2a antibody responses to S. pneumoniae, underscoring the importance of isotypic distribution of antibodies while designing vaccines.