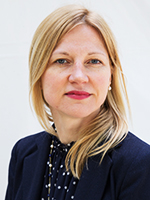 The thesis is based on six papers that have evaluated the effects of orthognathic surgery to correct Class III malocclusion on the hard and soft tissues of the face and the upper airways. The study samples were retrieved from 2 archives, one from the archives at the Department of Orthodontics at the Oslo University (papers I, III, IV,V) and one from Institute of Stomatology, Riga Stradins University (papers II, VI). The first sample consisted of 84 patients with follow up records up to 3 years, the second sample consisted of 51 patients who were followed up 1 year. The lateral cephalograms were used to measure the effects of surgery in five papers and in one paper the findings in the lateral cephalograms were compared with measurements on the computed tomography (CT) scans.

The first paper focused on quantifying relapse after bi-maxillary correction of Class III malocclusion. The changes in the jaw position were measured at 6 time points on a constructed coordinate mash. It was concluded that maxillary advancement and/or maxillary impaction in combination with mandibular setback provided good occlusal and skeletal stability in the sagittal plane. It appeared that the maxilla was more stable than the mandible. The amount of mandibular setback and inferior movement of the posterior maxilla were identified as potential factors causing mandibular relapse. In the vertical plane intrusion of the anterior maxilla was stable, while extrusion relapsed almost completely. Most of the sagittal mandibular relapse occurred during the first 6 months, while the vertical maxillary relapse took place during in the first 2 months.

The second paper compared 2 techniques of mandibular setback used in conjunction with maxillary repositioning: bilateral sagittal split osteotomy and vertical ramus osteotomy. No differences were found between the 2 methods and relapse in both groups was in line with the first paper, about 25% of the mandibular setback.